Anunnaki, Enki, Enlil, and the Brotherhood of the Snake?

Could Freemasonry secrets be linked to the ancient Sumerians or Anunnaki, Enki, Enlil, and the Brotherhood of the Snake? Is it possible that the brotherhood holds the key to the Freemasonry royal secret? 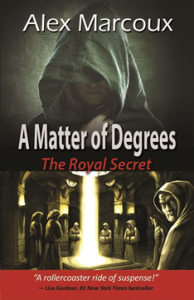 In A Matter of Degrees prologue, I explore the ancient Sumerian siblings, Enki and his brother Enlil, and how the Brotherhood of the Snake formed in the marshlands of Mesopotamia. A Matter of Degrees is a contemporary thriller linking an ancient civilization with modern secret societies as the protagonist ventures to uncover the royal secret of Freemasonry.

Long before the region was called Iraq—before the ancient empires of Egypt, Greece, or Rome, even before the first ancient civilization of Sumer—there was E.DIN.

It was Enki's compassion for the slaves that altered his life, and the lives of humankind. He wanted something more for them. Why couldn't a select few be given the knowledge of eternal life? Enki pondered, as he verged upon his brother's sanctuary.

Apart from the sporadic swish caused by sand displaced beneath their sandals, there was silence. Pensively, Enki trekked onward with two guards on his heels. His half-brother, Enlil, had summoned him. Enki suspected that his activities from the previous evening had been exposed. This, he knew, would have infuriated his younger sibling. Considering the possibility, he understood what Enlil was capable of. As the supreme ruler of E. DIN, Enlil had the power to relegate Enki's status of second-in-command. 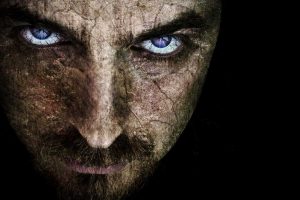 Deep in thought, Enki pressed on toward the palace. Since he returned from AB.ZU, where he supervised the mining operation, he had been outraged by Enlil's mistreatment of the slaves. To Enki it was simple; the slaves fulfilled their purpose. They mined the council's precious ore, and here in the fertile gardens of E.DIN, they harvested their fruit. Although the slaves served the council well, they had wretched and pitiful lives, ignorant of wisdom, pleasure, or their fundamental essence. Treated like animals, they lived and died toiling for Enlil and the supreme council.

When they reached the palace chamber, he waited silently, towering over the men that had escorted him there. Enki recalled the initiation from the previous evening, and how he had shared with the chosen slaves about elevating their consciousness and finding true light.

"Leave us!" Enlil's voice bellowed from the entry. As the two guards disappeared into the palace, Enlil emerged and stood before Enki, his powerfully built body adorned with gold trinkets.

"You have done it this time. What were you thinking?" Enlil's anger glared through his steel gray eyes. "You know that as long as the slaves remain spiritually ignorant, we stay in control."

"Don't call me brother." Enlil cut him off, his voice echoing within the chamber walls. "Your harlot mother was my father's only weakness. You shouldn't have been sent here."

Enki was familiar with Enlil's acts of aggression toward him, but something was different this time. "Enlil, the workers serve their purpose. I chose a select few to teach our ways."

"My son is also not here to debate the issue," Enki said calmly.

"When Marduk arrives, you will never see him."

"What are you saying?"

"You've outdone yourself, Enki." Enlil retreated to the entryway where he effortlessly grabbed a staff and, with thickset arms, clashed it against a golden disk. The clanging reverberated in the tiny room; guards quickly entered and surrounded Enki.

"What is the meaning of this?" Enki asked evenly.

"You..." Enlil advanced so that the brothers were eye-to-eye. With the exception of their muscular frames, there was little resemblance between the men. "You are banished from E.DIN."

A smile came to Enki's lips. "You're not serious."

"Oh, but I am. Enki, you are to be exiled! I will spread the word among the slaves that you are a mortal enemy of the supreme council. They will learn that you are responsible for everything bad that happens to them and that it is your intention to spiritually enslave them."

"But that's not true." Enki's voice rose. The guards grabbed him and he struggled to free himself, but there were too many of them.

"People will fear you." Enlil's voice soared above the resistance. "They will know that you are evil and loathe you."

For a moment, Enki's effort ceased. "Why are you doing this?"

"You will never be a leader, Enki. My work will rise above you, and you will be called Abaddon, and from where I will put you—you'll be the keeper of the bottomless pit." The evil in Enlil's eyes flashed, and his laugh would echo in Enki's ears forever.

At first, his only sense was smell. He was face down in the soggy soil, and the terrain reeked of decaying earth. Enki tasted the foul sludge that had coated his lips. He pulled his partially submerged face from the dank mud and sat upright. His head throbbed. His sandals were nowhere to be found. The only thing he had been left with was the robe on his back.

Rather than the plentiful gardens that he had become accustomed to in E.DIN, Enki was surrounded by shallow water and tall grass of swampland. It was then that he remembered Enlil's men tossing him into a pit. He found the bump on the back of his head, the basis of his headache. A quick glance behind him confirmed the wall of earth, almost two men high, from which he had been thrown.

A hiss drew Enki's attention to the thick reeds that stirred close to him. Then he spotted the black water moccasin slithering within inches. The snake's head abruptly shot up, flashing its venomous fangs, forked tongue, and white mouth. Hissing angrily, the snake lunged toward his face. Skillfully, Enki seized it within a finger's length of his eyes. The serpent thrashed about, trying to free itself from Enki's grasp, but it was no match for the powerful arm. Enki stood. The snake succumbed, and when all resistance was gone, he dropped the snake at his feet. Slowly, it slithered into the shallow water.

Enki studied the surrounding area. On three sides the earth was high above his head, on the fourth face, there was an endless marsh. He stepped forward, into the swamps.

The years passed. At first, his time had been consumed with his own survival. Then one day, movement in the swamp caught Enki's attention. Upon closer inspection, he saw a man with darker skin than his own. Here, Enki met a slave that had escaped from E.DIN. He discovered that other men and women lived there, choosing freedom in the swamps over their lives of bondage in E.DIN. These people welcomed Enki, and he embraced them.

Against Enlil's edicts, Enki taught the uninitiated ethics, justice, and how to seek true light. To the chosen ones, he explained the mysteries of life and the great secret of humankind's creation. It was here, in the snake-filled marshlands of Mesopotamia, that Enki formed the Brotherhood of the Snake.