What is the difference between serendipity and synchronicity?

Both serendipity and synchronicity are ways the Universe guides us. Serendipity is often confused with luck, chance or even challenge.

What is the difference between serendipity and synchronicity? 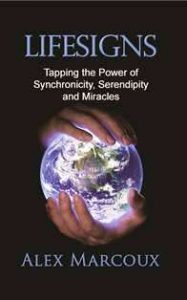 Serendipity is another way the Universe guides us. A situation is serendipitous when something unexpected and beneficial occurs when seeking something else. Many times, in life, we call serendipitous events luck or chance. The discovery of penicillin is an excellent example of serendipity. When Sir Alexander Fleming returned from an extended vacation, he found that his assistants left dirty Petri dishes in his lab. He observed that one of the dishes had an area void of bacteria growth, though mold was present. This observation led to the discovery of penicillin.

Scientists have been known to have their fair share of serendipity, as well as use intuition in their work. Many years ago, I was a scientist at General Foods, while I worked on the product development of Crystal Light powdered soft drink, I used magnesium oxide (MgO) as a buffer (to neutralize the acidity) in one of the first formulas, while I used potassium citrate in the others. The prototypes without MgO caked in shelf-life testing while formulas with MgO remained free-flowing. Subsequent trials demonstrated that when I used the tiniest amounts of MgO, the products did not clump. While I had initially used MgO in the formulations as a buffer, by accident, I learned that at much lower levels, it made a better anticaking agent than a buffer. For this reason, MgO was in all initial formulations of the Crystal Light powdered soft drinks.

Serendipity can also be those events in life that initially seem unfavorable, though, in hindsight, we realize how fortunate we are to have experienced them. They can be significant and small. Recently I was reminded of a time when I was in the fourth grade attending a parochial school, and the nun called me, “A dumb Marcoux” in front of the class. It was hurtful at the time. In the years that followed, the nun’s words remained with me, and when faced with a challenge, I would set out to prove her wrong. Had I not experienced this painful situation, I may not have had that impetus to try harder.

Detours, surprises, disappointments, and failures fill our paths. These circumstances may initially have no apparent benefit and are usually thought of as setbacks. We often walk away from these situations with feelings of letdown, distress, frustration or embarrassment. Then, years later we realize the situation wasn’t a setback at all but something more significant. It was serendipity.

Some people feel serendipity is a fated circumstance since it happens when you are striving for one thing only to gain something entirely different. When you experience a setback, trust that it is happening to guide you to something better. When facing something that appears to be less than perfect, know that it is happening for a reason and expect something greater will evolve from the situation. By shifting out of the “poor me” attitude, and expecting something better, you’re also influencing the Law of Attraction to create something beneficial.

Both synchronicity and serendipity are signs from Spirit. They are Lifesigns, messages from the Universe to help us live happier and more fulfilling lives.