What is synchronicity? How can we use it?

What is synchronicity? Synchronicity is a meaningful coincidence or a series of two or more occurrences that are logically meaningful to the person when it happens and may even seem a bit mysterious or unexplainable.

What is the difference between coincidence and synchronicity? 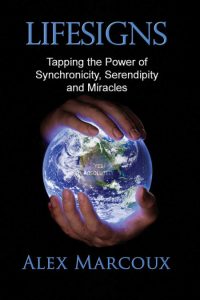 Purchase the paperback or eBook here.

At one time in my life, I was having a continual flow of synchronicity. At the time I didn’t understand how marvelous and grand it was. It just seemed uncanny, and I didn’t know it was the Universe’s dance with me.  I am a scientist by education, so I studied this. For nearly 15 years I researched, experimented and examined this phenomenon. I’ve come to learn that synchronicity is one of Spirit’s ways of communicating with us, giving us messages. There is power in synchronicity. It is an indicator that we are in sync with the Universe and we can use it as a source of guidance. Many of my findings are in my book, Lifesigns: Tapping the Power of Synchronicity, Serendipity and Miracles.

What is the difference between coincidence and synchronicity? Many spiritual teachers will say that there are no coincidences, and I do not disagree with this, though at one point in my life I had so much synchronicity flowing I needed to qualify the events. I had to figure out what was meaningful and what I could let go.

Some of the parameters I have used to determine when an event is synchronistic are:

How to Use Synchronicity in your Life 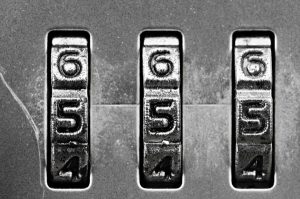 Synchronicity has power. It is Spirit’s way of guiding us. When we trust it and follow it, life becomes magical.

Many years ago, when I wrapped up my first book, Facades, I hadn’t a clue how I was going to get it published. As a scientist I started using the logical course most authors took back in the late 90s, which was to find an agent. While I was talking with a psychic friend though, she suggested that I submit the manuscript to publishers. At the time, this path wasn’t logical to me because publishers did not usually accept submissions from un-agented writers, so I continued searching for an agent.

One day I noticed the name “Nell” repeatedly appearing in my life. The next day I was reading an article on the publishing industry, and in it, Patricia Nell Warren had started her own publishing company to publish her bestselling novel, The Front Runner. I sent her a note inquiring if she was seeking manuscripts and she quickly responded with a postcard saying, “Go to Haworth Press.”

At the time, Haworth Press didn’t make sense to me since it was a scholarly publisher of nonfiction only. After doing a little research, however, I learned that Haworth was getting ready to launch a new imprint and was looking for lesbian fiction. The vice president, responding to my email inquiry told me to “send the manuscript” to a new acquisitions editor who hadn’t even begun at the company yet. I sent my manuscript, and within a week I was contacted by Haworth. They wanted Facades.

By being open to the signs of synchronicity, recognizing that Nell meant something, I was led to Haworth. My book was accepted by a publisher on its first submission, even though I was unpublished and un-agented which was unheard of at the time.

The Universe sends us messages every day. Do you see yours?

Sometimes small gestures can significantly change the direction of a person’s life. I was saddened to learn that Patricia Nell Warren, the thoughtful author who sent me a postcard back in 1999 saying, “Go to Haworth Press,” passed away earlier this year. Patrica changed my life, and I will always be grateful.