The first book of my “fictional” series, A Journey to the New Earth, is The Unsuspected Heroes, which was released at the end of 2020. As soon as that book was released, I sensed the need to write a complementary-nonfiction book, Destination New Earth (March 22).

These two books are entirely different, yet both reveal the role of Autistics and information on our current evolutionary shift in consciousness differently. While writing The Unsuspected Heroes, I worked with three nonspeaking autistics to get to the heart of the truth of autism.

Why would I reveal these truths in fiction? When the truth is stranger than fiction, if you tell it in nonfiction (as truth), it gets dubbed unthinkable, and the messages get lost. So, I chose to reveal these truths that came through years of working with these silent heroes in a story. The book is based on real-life experiences with some twists to introduce concepts that will encourage readers to open their minds as we experience the shift and planetary ascension.

Buy a copy today and begin your journey to the New Earth!

The Unsuspected Heroes: A Visionary Fiction Novel (A Journey to the New Earth) by Alex Marcoux is for readers who enjoy genuinely imperfect heroes. In this metaphysical, visionary tale, the world faces an impending apocalypse and is on the verge of destruction. Ami is an ascended master who has gone through so much pain and has now reincarnated to lead humanity to the New Earth, but she is trapped in an autistic body and cannot speak. While the danger grows stronger and more imminent, Ami must connect with others like herself to rescue humanity. But time isn’t on her side, plus her mortal condition is a challenge.

There is so much to enjoy in this epic tale and the reader is instantly drawn to Ami. I enjoyed the fact that the author put an ascended master into the shell of an autistic person. She is limited, and her struggles include the fact that she has no memory of who she is. When she begins to understand what is at stake, she struggles with her flawed physicality. The author explores strong and evocative topics, engaging readers with an interesting reflection on evolutionary themes and describing the decline of human civilization compellingly. Some interesting neologisms and concepts will have readers thinking. A hero who suffers from autism is an aspect of the plot that had me fascinated. The Unsuspected Heroes is a fast-paced visionary tale with a phenomenal conflict, multidimensional characters, and resonant themes. Alex Marcoux’s work is hugely imaginative and thought-provoking. 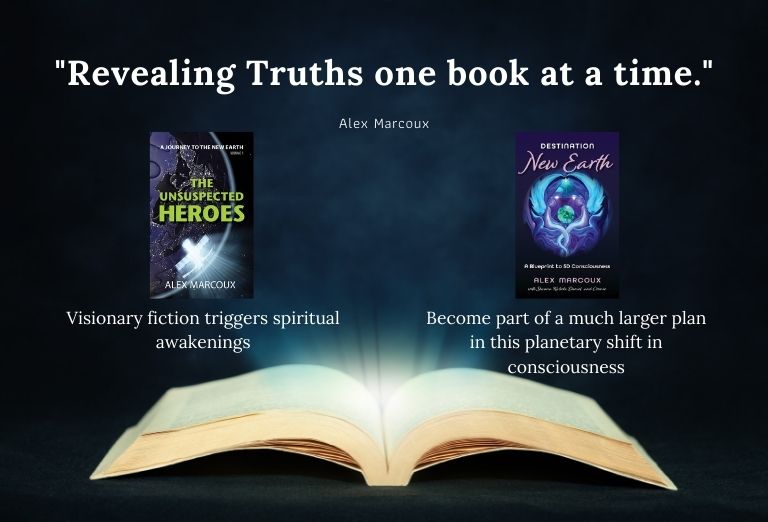