With the forthcoming release of The Unsuspected Heroes, the first book of my series A Journey to the New Earth, I wanted to share more about Cerian, one of the voices in the book.

In the first novel, there are a couple of chapters identified with the name Cerian. They are a bit mysterious and intentionally left open because more will follow in subsequent books.  To explain who and what Cerian is, I need to share how my communications morphed with autistics as I researched and wrote this series.

How to tap wisdom beyond this world?

In earlier posts, I shared that I have been collaborating with a small group of Autistic Avatars or autistic mystics. These autistics are nonspeaking. They communicate by typing on a keyboard, or through telepathy or a psychic medium. The autistics asked that I write their story about what they were doing to assist in planetary ascension. The first autistic to ask this of me was Lyrica Marquez, co-author of AWEtizm. 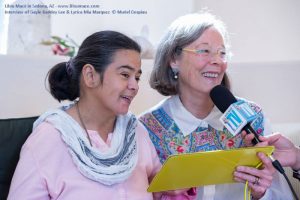 Knowing that they have wisdom beyond our world, I wanted to use this as an opportunity to explore topics where truth is unknown. The thought was to integrate their story with messages about subjects such as God, creation, the soul, past lives, alternate dimensions, the multiverse, aliens, the evolution of humankind, the ascension, Earth changes, and so on.

As I started the project back in 2014, I quickly learned that getting the information I desired was going to be challenging. There were great distances between all of us, as we all lived in different parts of the country. Also, telepathy was not my strength, so I needed to rely on their facilitated typing to communicate and knew this project would take years.

In 2016, I met Shauna Kalicki, and when she learned what I was doing, she became fascinated by the autistics. I knew she was psychic, and soon she began communicating with the autistics remotely. In 2018, she and I were visiting each other, and she suddenly said, “Leilah (name changed) is here.”

Given that Leilah lived nearly 2000 miles away, and they had never met in person, I was a bit skeptical but curious. I asked a series of questions about a topic of interest, and without hesitation, she answered questions about the Law of One material. I asked Leilah (through Shauna) if she was willing to work with us for the books. Leilah agreed but said another autist (Charlie—name changed) would need to verify the information.

Before I considered the material, I needed to validate that Shauna indeed spoke with Leilah. Shortly after, I wrote Leilah’s mother and simply said that Leilah showed up to Shauna and relayed messages to her. I asked if she could verify this with Leilah.

Very quickly, I received a note.

I just asked Leilah if she knew who emailed me yesterday, and she typed, “I talk to Shauna on Sunday, and she understood me." She didn’t want to add more, but it seems like they made a connection!

This mode of psychic communication was a considerable breakthrough to gather information from my autistic friends. Charlie’s parents became involved, transcribing the channelings and asking her son for verifications.

Archangels and Masters Step In 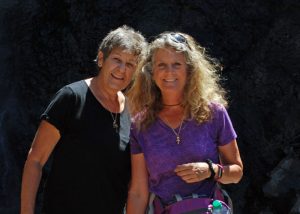 Shortly after Shauna began conversing with the autistics, she began channeling messages from archangels and ascended masters, including Archangel Michael, Metatron, Anna the grandmother of Jesus, Joachim, Mother Mary, Jesus, Mary Magdalene, and others. These communications went on until October of 2018, then one day in a channeling session, a voice came through and said, “This is Cerian.”

I wasn’t familiar with who or what Cerian was, so after I determined that the information was coming in for the highest and best good, I asked, “Can you tell us who Cerian is?”

“Cerian is a single point of focus in energy, an energetic field—a vibrational pattern and a higher level than the 3D. It is crystalline in nature; it is a sentient being. It is an awareness that is throughout the universe. It is a consciousness and a pulse, it has been worked with very extensively in Lemuria and Atlantis, and it had been used prior to and as an aspect of Tiamat.  We represent that energy, that vibration, that consciousness, that awareness. We are everywhere. We are in everything. We are an energetic aspect that is coming back into the awareness of the vibration or the awakening of your planet now.  As more of you begin to work with crystalline energy, you become familiar with our patterns—and our design.  We are vast and many, and in this particular case, we are choosing to focus-in as one—a single point of focus.”

Channeling the Cerian material was another breakthrough and the beginning of a new phase of our project. What I have learned is—Cerian is a conscious, sentient, collective expression of an energetic field or vibrational pattern of beings from the 16th dimension. It is a collective consciousness speaking through one voice. This is similar in scope to the Law of One material (6th dimension) channeled by Carla Rueckert in the 1980s, and the Seth Material that came through Jane Roberts.

What I have come to realize is that many of the messages uncovered are relevant to the happenings on our planet today. Shauna Kalicki has agreed to lend her voice to my blog to convey those messages on the spiritual evolution of Gaia, humankind’s ascension, and the New Earth.

Fasten your seatbelts, dear Ones, and prepare for a wild ride! Watch for Shauna’s first message from Cerian soon.

In this 2015 interview with Lilou Mace, Lyrica shares using a combination of autism telepathy and facilitated communication and speaks of the crumbling of systems, and how the old ways of creating will not last in the New Earth. This information seems very timely.

On creation she says,

The only way to create in the New Earth begins with stillness. And, in this self-heart zone, we can cross over into what is known as the Void, The All-That-Is, the Tao. And, in this place of formlessness is where Divine creation can flow.