This Life is a game: Solitaire—an explanation of Oneness

Could it be that life is a game, and the game is solitaire? At the end of the game, at curtain call, will we all be holding hands, fully aware that we are the One? With an intro like that, we need to dive deep, explaining Oneness, the definition of God, separating the lowercase “gods,” the Anunnaki, and “God.” We also need to clarify that the Lemurians were the first fractals of Source on Earth. Buckle up.

To me, there’s much baggage associated with the name “God” from my religious programming. For this reason, I don’t use the term “God” often; instead, I say Source or Source Energy. So, you may wonder—is Source Energy God? It depends on what you mean by God.

Source Energy is not a bearded guy in the sky who sits in judgment of humanity. Source is not masculine or feminine. If you are referring to God as the force and energy that created all things, then yes, Source Energy is God with a capital “G.”

But some lowercase “g” gods in the Bible need some clarification.

God of the Old Testament vs. the Sumerian Gods

The gods of the Old Testament have many names and are likely different beings. There is El, Elohim (plural), Elyon, Adonai, Yahweh, Jehovah, Tetragrammaton, I Am that I Am, Lord, and there are many other names. Our Sunday school teachings taught that these names refer to one God; however, that is not what I conclude after decades of research. May I simply suggest that many of the beings in the Old Testament books are stories of the ancient Sumerian gods—the Anunnaki?

Enki and Enlil – the Anunnaki Gods of the Bible

Two of the most notable and controversial Anunnaki are Enlil and Enki, the sons of the Anunnaki king Anu Eretekhan. (The information revealed in Destination New Earth: A Blueprint to 5D Consciousness shows that the word Anu is a title, not a name.) Enlil was likely the god Yahweh in the Bible and some other names associated with the god of the Old Testament. Enlil’s half-brother, Enki, was probably one of the other beings believed to be “God,” but is more remembered by names like the angel of the bottomless pit, Abaddon, Apollyon,  Hakathriel, Lucifer, Satan, and yes, the devil.

How that happened is not the nature of this blog, but if you’d like an entertaining novel talking about this highly controversial topic, consider my novel, A Matter of Degrees: The Royal Secret. According to one reader, "A Matter of Degrees is The Da Vinci Code on steroids.” 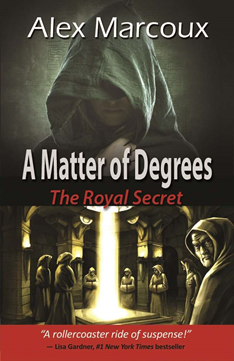 In the beginning, there was darkness.

Suppose we go back to the beginning when there was only Source Energy, the Creator, high-vibrational energy that didn’t experience physicality. Again, not masculine or feminine. It was alone, lonely, and likely bored. It was limited in experience and didn’t know itself. It was conscious energy. How could Source know its light without experiencing darkness? Then again, in the Bible, Genesis 1:3 says, “And God said, Let there be light: and there was light.”

So the real question is, how can Source know its darkness without knowing light? It’s all relative.

In Lemuria, step-down versions of Source came to experience.

The first step-down versions or fractals of Source on Earth occurred as Lemurians. The initial Lemurians were aware of their purpose, that they, as Source, split to experience life in physicality. Only they were more thought initially and not physical but had access to all dimensions, much like the Ethereal Autists today.

There is an energetic connection between the Ethereal Autists, Lemurians, Atlanteans, and the Magdalenes, and the energetic link has remained throughout time. This energy moves from a very high level of expression (high consciousness) in Lemuria. The energy gets denser and moves into matter (physicality) in Atlantis. While the Magdalenes did their work, the energy began to become less dense. It began moving back toward the higher consciousness and less physicality.

Throughout the specific points in history, this energy from Lemuria connected the flow of spirit and physicality. The energy has always continued and is meant to continue to weave itself together.

The two peoples, the Lemurians and Atlanteans, entwined. They were stepping in and out of each other dimensionally. This entanglement is similar to what is occurring now, with humans residing in the third, fourth, and fifth dimensions. Back then, people were shifting the dimensions also, and some continued to shift into the awareness of their sacredness. [1]

This Life is a Game

Our lives are part of some elaborate game beginning back in Lemuria where we, as Source, separated to experience life fully. Mother Mary shares in Destination New Earth, “We decided to split from Source to experience Ourselves in magnificence and multitude.”

After achieving physicality, after losing our memory (of being Source), if we penetrated the veil that obscured who we are (and realized we are Source), would we seek the unification of the higher self in physical form? Or would we choose to remain in physicality (the Lemurian intention all along)?

Pick up your copy of Destination New Earth and begin your journey today.

A simplified explanation of Oneness is the experience of being whole with the Universe, being connected with everything in existence at every level. At times it is referred to as unity, Christ Consciousness, or enlightenment. Oneness is the unification of our higher self into our physical form, which is also called spiritual embodiment. It is going to the fifth dimension, the experience of the New Earth. Oneness is returning to the One Source. It is the realization that this life is a game, there is one player, and we’re playing solitaire.

No Winners or Losers

In this game of life, there will be those seeking the ascension to the fifth dimension (5d) and those wanting to remain in physicality in the third dimension (3D). In either case, there are no winners or losers, and there should be no judgment.

But, everyone has a role to play in this planetary shift in consciousness. We must determine our divine blueprint and play our part well without judging others. We must live our authentic selves while permitting others to do the same.

The New Earth is here. Are you looking in the right direction?