In this multiverse, Tiamat is a planet pulverized during the Anunnaki-Reptilian wars, and half of the planet became fragmented, remaining in the asteroid belt. The other half exists today as Earth.

Given that we live in a multiverse, the planet exists whole in different dimensions where Earth does not exist. 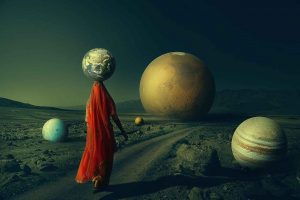 The ancient Babylonian history records that Tiamat was a goddess of the sea who mated with the god of freshwater (Abzû) and produced young gods. These young gods were said to be monsters (dragons). The myth says she was the dragon mother who was killed by Marduk, an Anunnaki.  Some suggest that Tiamat is a symbol of chaos in creation.

Related Articles:
« Back to Glossary Index