Could gut feelings and hunches be messages from Spirit?

When we look back on situations in our life, hindsight often reveals that Spirit or the Universe has guided our way. Hindsight can confirm hunches or gut feelings we may have had were meaningful. Wouldn’t it be wonderful if we honored those intuitive insights or psychic hits as the Universe’s message system as they happen, rather than waiting years later to recognize how Spirit guides us?

Learn more about working with messages from the Universe in Lifesigns. Purchase now.

At the end of my sophomore year, for some bizarre reason, I had a feeling I should graduate in my junior year. I had only 63 credits and needed 120 to graduate. I was halfway through my undergraduate degree but felt very strongly that I needed to graduate a year early.

I made a plan. A summer internship presented itself, and I took classes over the summer break while working the full-time internship. I found reasonably priced off-campus housing that summer so I could live at the university while taking classes and working. A loan was offered to help pay for my tuition. I stacked my schedule those last two semesters to fulfill my requirements. Even when the required courses weren’t available, graduate-level classes presented themselves and fit into my schedule seamlessly. Everything seemed orchestrated to facilitate early graduation. It was as if the Universe cleared my way so that everything fit together perfectly.

I graduated in the spring of 1981 instead of ’82. Only two companies interviewed on campus at the Department of Food Science that year because the economy had taken a turn. I was fortunate to pick up two job offers right out of college. One of them was from General Foods (Kraft). In fact, I was the last person hired at General Foods for quite some time because of an employment freeze due to the historic early 80s recession.

While at General Foods, I worked in product development for the beverage division. Only months after I was hired the FDA approved the use of APM (aspartame) in powdered soft drinks. I was reassigned to a new project to develop the first great tasting diet powdered soft drink sweetened with aspartame (aka NutraSweet).  That project was Crystal Light™.

In hindsight, I realize that if I hadn’t graduated in 1981, it could have been a long time before I was able to be gainfully employed, because of the economic downturn. If I had graduated in the usual four years, I would never have been associated with the project, Crystal Light, which lay a foundation for a successful career in product development. 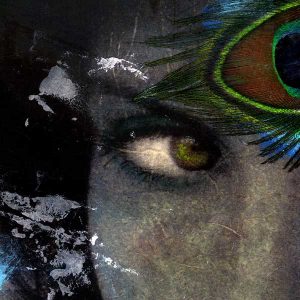 Learn more about working with the Universe’s messages in my book Lifesigns: Tapping the Power of Synchronicity, Serendipity and Miracles.

Many times in our lives we feel as if we’re alone and need to find our way. We are not alone. The Universe guides us along our path in a subtle way. It’s as if Spirit gives us a chance to go in a particular direction, but we don’t have to. If we do though, Spirit orchestrates situations to help make things possible.

Through hindsight, I can recall many situations in my life where the Universe was by my side. Those events usually began with strong feelings or knowing something for no reason. In this example, I felt the unexplainable need to graduate early. By opening to that possibility rather than dismissing it as impossible, events unfolded that facilitated early graduation. If I hadn’t graduated early, it’s unclear what my opportunities would have been in the midst of the recession.

When you have a strong feeling about something in your life, please don’t ignore it. It could be something that could trigger fantastic opportunities for you. Welcome the thought, set a plan and see what opens in your life. The Universe may very well be moving and shaking things up behind the scenes to guide you.